Who is Afraid of Family Planning? 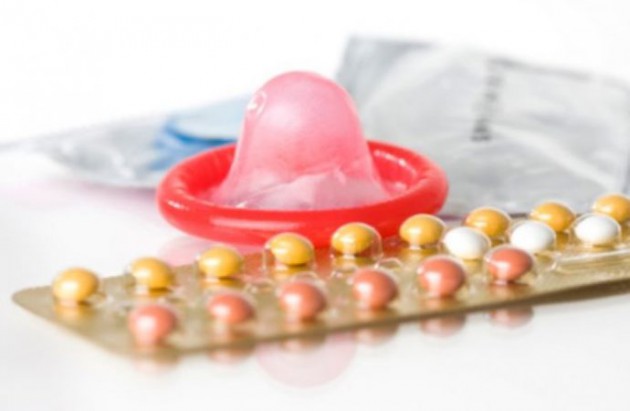 Rebecca Ejifoma who carried out investigation on the use of family planning by Nigerian couples, reports that the overall acceptance is still below expectations in the country.

Ruth and her children

Nigeria has made progress in improving the use of contraceptives over the past decades. However, there is room for improvement even in the face of longstanding myths and misconceptions concerning their use.

Women of all age groups have adduced different reasons to explaining their non-acceptance of contraceptives. Omonigo Onwuka is one of such. The 33-year-old mother of six has never believed in the use of modern contraceptives or family planning.

Omonigo narrated a scary tale she heard on her first visit to Amuwo-Odofin Primary Healthcare Centre (PHC) recently. “Waiting at the family planning unit, I got talking with a patient about the joy of motherhood among other things including family planning and what she said gave me the fright of my life.

“She narrated how her younger sister, who used the Implant, had a nasty experience that almost resulted in being infertile and even losing her life in the process. She spoke in such a pathetic way that I developed goose bumps. Ever since, I have had fear about contraceptive devices. My husband is not even aware I went there.”

After six successful pregnancies, Omonigo is not on any family planning method because she is yet to decide which of the contraceptives to adopt. “I’m still scared,” she confessed.

Her children have just a year difference in age and could pass for twins and triplets. But this was as a result of her thirst for a male. “I have never gone for family planning before because I wanted to still have more children, two boys at least. But it didn’t happen. Now I have five girls and a boy – the fifth child. So, I’ll just continue with my life that way.”

Sadly, Omonigo is not among the 15 per cent of women in Nigeria using any form of contraceptives for limiting and spacing birth, as reported by World Bank Collection, World Health Organisation and United Nations Population Fund (UNFPA).

But Chinaza Ibeneme, a mother of three is part of the statistics. Chinasa – whose children are aged six, four and two – shares her experience. “I had my first child in 2011. And the age gap between them is two years. Actually, I didn’t use any contraceptive after my first child, a girl. I noticed that my body was different. Whenever I was breastfeeding, I don’t take in,” she explained.

But Chinaza, a Human Resources Practitioner and Masters degree holder, later discovered she was pregnant even while breastfeeding her second child. “I didn’t know I was pregnant until I fell ill. I went to my doctor, who advised a pregnancy test. I was so sure that I could not be pregnant and that I had malaria. So, he advised that I took malaria and pregnancy tests. To my surprise, I was pregnant.”

The lesson from the third pregnancy prepared her for the next one. “I didn’t want to take chances again. I went for family planning but the provider insisted my husband be present. According to the provider, they had encountered problems in the past after giving family planning methods to women without their husbands’ consents.

“I’m currently on the injectable method called Sayana Press as the provider recommended. I take it every three months. The doctor asked me if I still wanted to have another baby. I said yes, but not now.”

Although some people have complained about weight gain as a result of some contraceptives, Chinasa debunked the myth. “It is not true. If you control your cravings, you will be fine. When I started, I observed that I craved to eat more. But I met a friend, who told me I could control it. She had been on it for three years. My weight has been 60 kg in the last three years.”

Today, Chinasa is an advocate for family planning. “I did family planning at the Amuwo Odofin PHC and I don’t regret it. The provider was so nice to us. He enlightened us step by step. I even recommend it to my friends.”