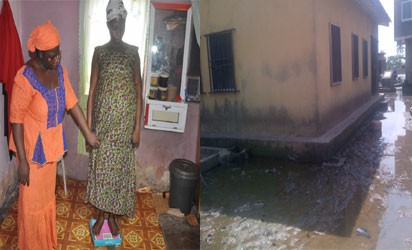 UNIVERSALLY, the Primary Health Care, PHC,  is a form of essential service that is based on scientifically sound and socially acceptable methods and technology to make health care accessible to all individuals and families in a community.

Although considered the  cornerstone of universal health systems, PHCs have often been neglected in terms of funding and other areas of operations in many states across the nation. The long neglect of this level of care has in turn brought grief on the secondary and tertiary facilities.

Lagos is one of the states that recognise the need for functional PHCs as evidenced by the renewed focus, lately,  within the Local Council Development Areas, LCDAs, of the state  under the watch of the  Special Adviser to the Governor on Primary Health Care.

However, efforts geared towards prioritising healthcare at the grassroots through this most basic level appears not to have been stretched wide enough as some areas appear to have been missed out the new agenda to provide  access to standard healthcare for the rural dwellers in the various localities.

The Lagos State monitoring team set up to oversee the functioning of PHCs would do well to make a scheduled visit to the PHC at Agboyi Ketu community in Alapere, a suburb of Ketu, in the state.

Any visitor to the community would agree that it is certainly one of the under-served areas.

The community which has been in existence for more than 600 years is completely surrounded by water and sandwiched between Ogudu and Alapere in  Agboyi-Ketu Local Council Development Area.

Inhabited by an estimated 40,000 people mostly Aworis and a handful of other tribes, Agboyi accommodates those dislodged from the city who seek refuge in it.

Peculiar location: Its peculiar location would have made it a good getaway, typically favoured by nature, but a stranger to modernity, Agboyi is not different from most rural communities across Nigeria lacking in basic amenities. To get access to potable water, the  residents go as far as Makoko, Oworoshoki and Bariga, A 20 litre keg of water costs N100 while a bag of pure water is sold for N170 to N200. Although connected to the national grid, there are no motorable roads or viable means of transportation to the outside world.

But for  wooden boats seemingly made in a hurry, the residents would be cut off from the larger Lagos. However the residents, determined to make a living out of nothing, are not giving up on life yet. Every day, they make risky trips on rickety wooden boats, men and women, old and young, across the Agboyi River to Lagos; either to school or work; and as often is the case, to carry out sundry business activities. For the residents, perhaps, it would be safe to say they know what constitutes risk and happily partake of it, not that they have much choice anyway.

When Good Health Weekly visited the PHC last week, the decrepit-looking building was deserted and under lock and key. The unfenced facility, located in a swampy area, apparently was not open for services on that day.

Nearby residents told Good Health Weekly that on week days, two staff of the centre are usually available to attend to patients. “They have one midwife, and one other woman that takes care of the registration of patients. There is also the cleaner. They render services from 8am to 4pm only on Monday to Friday and close the PHC on Saturday and Sunday,” the source explained.

Good Health Weekly also gathered from another source that many of the residents are often compelled to patronise Traditional Birth Attendants, TBAs.

Narrow escape: When Justina Idowu, a private school teacher in Agboyi Ketu community went into labour in the wee hours of a rainy  night, there was palpable anxiety within the household. The heavily pregnant mother of one narrowly escaped death by the whiskers, no thanks to the lack of accessible roads  absence of a functional healthcare centre and fear of the Traditional Birth Attendants, TBAs,  that reign supreme within the community.

Justina had registered for her antenatal care on the other side of the community across the river. She went into labour at midnight, two days earlier than her Expected Delivery Date, EDD.

Justina’s husband owns a car but because there was no bridge linking the community to the mainland, he is compelled to park the car on the Ketu  side of the river just like other car owners within the comminuty.

“Around midnight, I began feeling the pains of labour. My husband who noticed my discomfort inquired if it was time to go to the hospital, but I did not answer him because I was not sure.

However, 30 minutes later, the labour pains were becoming stronger and more frequent, and my husband was pleading that I should try to endure till morning because the canoe man would be in bed and there was no way to cross to the mainland side of the river.

Distance to board the canoe

“For about four hours, I was in pain,and my husband was praying all through this time.”

It was not until 5am that Justina, supported by her husband, could leave home. She recounted how they had to trek a very long distance to board the canoe to cross to the Alapere side of the river.

“I trekked for about 20 minutes to  where the canoe was situated. Anytime the contractions became too intense, I will have to wait until I was relieved before continuing, when we got to the spot where the canoe was tethered, there was nobody to take us across.

The paddler wasn’t up yet so my husband had to run down to his house to rouse him, before he came and ferried us across. “Had God not had His way that day, Perhaps I would have given birth on the road. We arrived the hospital around 6am and gave birth less than five minutes afterwards.”

Justina was lucky, but several others have not been so lucky.  “In 2015, there was an electrocution incident in the community. Despite spirited efforts to rescue them, they gave up the ghost before the canoe man could be summoned to ferry the victims across to the other side.”She added.