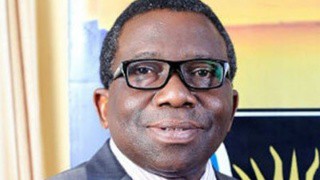 Governor Abiola Ajimobi has hinted that Oyo State Government is set to protect at least one million children below one year from being killed by pneumonia and meningitis.

The governor dropped this hint while speaking at the inauguration of the use of Pneumococcal Conjugate Vaccine (PCV) in the state.

Speaking through the state Commissioner for Health, Dr Azeez Adeduntan, at the Ibadan North Local Government headquarters, the government is to achieve this with the introduction of the new vaccine into the state’s immunisation schedule.

Governor Ajimobi disclosed that the planned introduction of the new vaccine into the state’s immunisation schedule was part of the efforts by the present administration in the state towards reducing deaths in children and indirectly, their mothers.

While pointing out that “children that have pneumonia have at least 20 per cent risk of dying if nothing is done,” the governor said, “so, what we are trying to do is to improve the infant mortality ratio of Oyo State which is at 61 per 1,000 live births.”

Governor Ajimobi then disclosed that the vaccine will be free in all the state’s health facilities, adding that there is the need for nursing mothers in the state to ensure that their babies are immunised against vaccine preventable diseases like pneumonia and meningitis.

Dr Abass declared that the state was one of the 16 states to have the PCV introduced into its routine immunisation schedule.