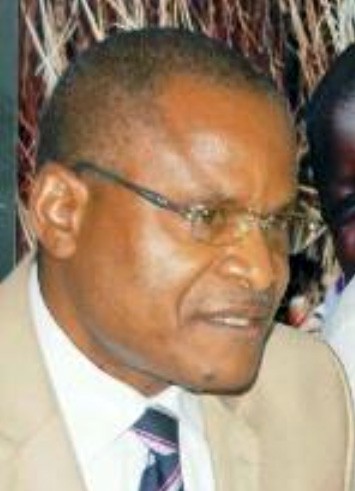 Primary Health Care has long been regarded as the ‘first port of call’ as far as public health care is concerned in Nigeria. Its role in the reduction of maternal deaths cannot be underestimated, especially because it provides affordable maternal and child health care for women and children in urban and rural settlements alike.

However, experts and studies have proven that many primary health care centres do not function optimally due to challenges like funding, management at state and local government level, dilapidated infrastructures, unmotivated staff, among other challenges.

In a recent interview conducted by the NOTAGAIN Campaign, The Director of Community Health Services, National Primary Health Care Development Agency (NPHCDA), Dr. Emmanuel Odu, revealed the challenges and prospects of primary health care as well as its importance in the reduction of maternal deaths in Nigeria.

Maternal health is a major issue in nearly all developing countries but Nigeria has made significant progress. I say so because by 2008, National (sic) Demographic and Health Survey data revealed that 800 women were dying per hundred 100 thousand live births in this country.

By 2013, it had come down to slightly over 500 per 100, 000, that is by NDHS 2013. It is expected that by MDG target, it should be at a level of 350 deaths per 100, 000 live births. There are a number of challenges, a number of issues including knowledge, attitude and practice on the part of communities, households and individuals, and cultural issues. But we are making progress.


What is the role of PHC in reducing this?

Very significant; when you talk about primary health care, it includes awareness – that is on the users’ side or demand side, it includes the basic knowledge, the attitude and behavior issues or practice. The National Primary Health Care Development Agency is addressing that component through Ward Development Committees that exist in every ward. And then using multimedia channels of communications, using town announcers, radio and jingles and other approaches we are mobilizing them.

Then in terms of service delivery supplies, we implement Maternal Neonatal and Child Health Week, which is a nation wide initiative that is implemented for the delivery of effective and high impact interventions not only to pregnant women but also to children under-five and that is happening across the country.

In addition to that, the Midwifery Service Scheme (MSS), which we began implementation in 2009 across the country in one thousand health facilities spread across the country engaging over a total of over five thousand health workers. It is a way that we have contributed to improving the health of pregnant women and preventing deaths. That to a very great extent had a remarkable impact because the number of women coming to health facilities has increased remarkably and under normal circumstances on average 15% of pregnancies unattended to have complications and the fact that a number of pregnant women attended to, both antenatal and delivery, has increased significantly in those areas means that the percentage of women who would have gone into problems and complications including deaths have been saved.

You said we’ve not gotten there yet despite all these improvements, what are the little challenges that the country is facing

The challenges are on both sides, at the user side which I mentioned earlier because no matter what you do, the attitude, knowledge and practices are there, you can make services available but for someone to go and access the services it requires the role of that user. On the supply side, funding issues and then commitment of sub-national level government - the state and local governments.

By the time they (sub-national level government-the state and local governments) play their statutory functions and responsibility to the people are met in ways that are equitable. In other words, avoiding social injustice in terms of maternal neo natal and child health will go a long way in addressing this. So, political commitment at the sub-national level vis-à-vis increase funding, commitment by the implementing arms at the sub national level, ministries, state primary health care board and local government councils will go a long way in improving all these.