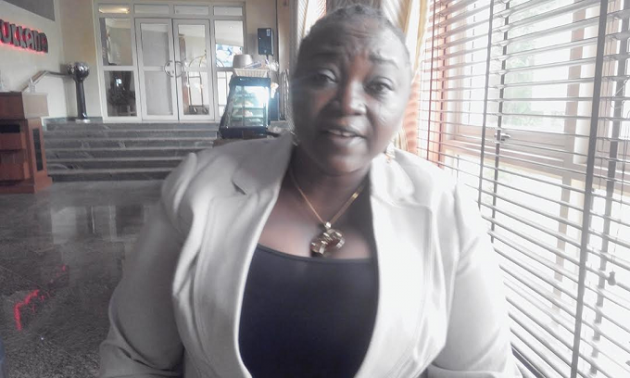 The trauma of rape and unwanted pregnancies forces victims to procure unsafe abortion, resulting in death and reproductive health complications. In order to address this challenge, Gender activist and Country Director, Ipas Nigeria, Hauwa Shekarau, in this interview with Franka Osakwe, calls for a review of the nation’s abortion law and increased freedom for women to make healthy choices.  Excerpts:

Is it right for a woman to abort an unwanted pregnancy?

Abortion is a very controversial issue … very emotive. A lot of people always want to look at abortion from the religious angle. But, trust me, when women face unwanted pregnancy, they do not think about religion. The first, most important issue for them is what to do with the unwanted pregnancy? Some of them go to any length. And, for me, I believe that women should have the information that they need and also should be afforded access to safe abortion care. This is because rather than us being judgmental and not providing safe service to them, what we are actually doing by our being judgmental is pushing these women to quacks where their lives are threatened. Some of them die, some of them experience injuries that live with them for the rest of their lives. As a pointer to that fact, when you ask an ordinary Nigerian on the street about abortion, the impression they have is that abortion is risky, anybody going to do abortion will definitely die. And, the result of that impression they have is unsafe abortion. But, if you ask medical personnel, they will tell you that today, technology is so abound that terminating pregnancy  is one of the simplest procedures. In fact, today, it is not even a procedure, it is just a simple tablet you take and the deed is done. So, this is because people do not really have the information. Yes, our law is very restrictive, only where the life of the woman is in danger that abortion can be done.

Is abortion illegal in Nigeria?

Like I said, the abortion law in Nigeria is restrictive, it is not illegal. Our law accepts that there is a condition under which you can do abortion-and that is only when the pregnancy threatens the life of the woman or her wellbeing. So, it is not illegal. It is illegal when you do it for different reasons other than saving the life of the woman. This makes it restrictive.

What is wrong with abortion law in Nigeria?

We need to look at that law again, and change the language. We have many indications that can lead a woman to want to terminate a pregnancy. One of these is a case of rape. We have reported cases of women who were raped, got pregnant, and because they were in that situation, trauma and psychology of the incident on them led some of them to commit suicide…It is not proper that society does not care about such women and young girls who find themselves in a situation where they have been raped and they are pregnant. Not everybody can handle situations the same way. One person who has been raped and get pregnant may be able to handle that situation and decides to carry that pregnancy without much problem.  Another person will get raped and become pregnant that if nothing is done to assure that person she can get out of the condition, she can go ahead and commit suicide. Therefore, we need to look at this law a second time.

At any rate, this is a law that was borrowed from England, the law that was derived from 1861 English Law on Offences Against the Person, that we are still operating today in Nigeria. Circumstances have changed. Society is dynamic. We are seeing changes in our society, rape is on the increase, incest is on the increase, yet, the law is not reformed to take care of these situations. That is why clearly, in spite of the fact that the law does permit abortion, it is only when the life of the woman is in danger. There is a recent report that showed that 1.25 million abortions are taking place in Nigeria yearly. This was based on a study that was taken in 18 states of the country, despite the fact that abortion is illegal. And, it was a study that was taken from facilities. So, you can imagine those who were not even captured in those facilities. What it means is that the 1.25 million yearly abortions, is just a tip of the iceberg. Many more are happening.

Nigeria currently has one of the highest maternal mortality worldwide. What measures do you think women can adopt to save them from death during pregnancy?

Apart from the use of contraceptive in order to regulate their fertility and for them to get pregnant when they want to, one other cause that leads to maternal mortality is lack of skilled birth attendants. If you go to some of the health care facilities, particularly in rural communities, they are not manned by skilled attendants. When government started the MSS scheme, it completely crashed the maternal mortality rate. But, as we speak today, that scheme is in abeyance. What that means is that there are so many primary health care facilities in communities that are not manned by skilled providers. That will create problems. Imagine where a woman goes to deliver and she is attended to by a traditional birth attendants. If complications arise, where are they going to refer her?

Bleeding is another issue. If you look at the analysis of the different factors that lead to maternal mortality, one of them is haemorrhage. What people don’t know is that most of these cases that lead to a percentage on haemorrage are abortions, either spontaneous or induced. For one reason or the other, abortion can be spontaneous, that is, without the woman doing anything for the pregnancy to abort. Another one is induced – the woman for one reason or the other does not want to keep that pregnancy and does something that will trigger bleeding. By the time they rush her to the hospital, it is treated as a post-abortion case. Some women do not live to tell the stories after that.

How would you describe reproductive health right of women in Nigeria?

Unfortunately, I do not think women in Nigeria have enough information that will help them make decisions on their reproductive health and right. This is because if you look at the indices, most of the women who are within child-bearing age are not educated. Most of them do not even have access to health care facilities where they can meet with skilled care attendants. Most of them that deliver do not have access to skilled care birth attendants that will help them through pregnancy to delivery. Only few have access to skilled birth attendants. So, my own assessment is that majority of Nigerian women of child-bearing age do not have the information.

How will you describe Nigerian women’s attitude toward family planning?