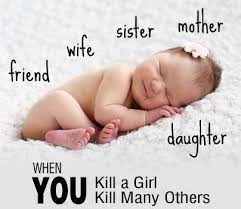 Community Health and Research Initiative (CHR), an NGO, has appealed to the Federal Government to ensure that girls in hard to reach areas are not left behind and that all girls have access to important vaccines.

The vaccines include Tetanus, Rubella and Human Papiloma Virus (HPV) Vaccine, among others.

Dr Aminu Magashi, Chairman, Board of Trustees, CHR, made the appeal in a statement issued by Asma’u Rufa’i, Knowledge Management and Communications Coordinator of the organisation on Wednesday in Abuja.

Magashi said that the vaccines provide protection against 70 per cent of incidences of cervical cancer, which claims the lives of an estimated 266,000 women and girls a year.

“As the world celebrates the International Day of the Girl Child, CHR is joining other organisations in over 10 countries in Africa in launching the 33 Days to Power Up Immunisation Campaign.

“The campaign seeks to hold governments accountable for the multiple promises they have made to support Immunisation,’’ he said.

According to him, in 2016, the continent marked significant achievement in interrupting the near elimination of Meningococcal Meningitis A epidemic and the significant reduction in disease burden and child mortality due to Measles.