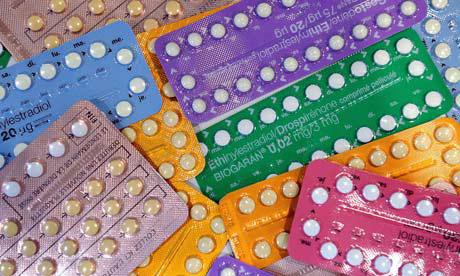 The new baby of Mrs Ekaete Udom was barely three months when she conceived again. Her new state was not only shocking, it was embarrassing. As a graduate with BSC Nursing, she is aware of the importance and benefit of child spacing.

Similarly, the advantage of using contraceptives to prevent unwanted pregnancies is not new to her. However, Udom didn’t take advantage of both. The present burden is what does she do with another pregnancy considering the age of the baby at hand.

In no time, an idea flashed through her mind – she left her husband’s home in Isheri-Oke area of Lagos and went to live temporarily with her mother who resides in Lekki.

Being out of sight, it was easy to evade prying eyes and rumours about women who get pregnant too close to a previous delivery. The good news is that nine months after, her husband, Mr. Nelson Udom came to announce safe delivery of the new baby in Isheri Oke.

“How,” a resident of Isheri Oke that was first to hear the news asked. “Was she pregnant?” She asked again. Although, some doubted, the arrival of Mrs. Udom and her new baby at Isheri-Oke for the traditional naming ceremony of the baby convinced all that it was a true story.

Mrs. Udom was lucky because the baby was delivered safely. Another housewife, Mrs. Adun Cooker, who was a resident of Ido-Ekiti in Ekiti State who went through a similar experience, did not live to tell her story.

As soon as it became clear that she had conceived four months after the previous delivery, she believed that the way out was to terminate the pregnancy. Sadly, Mrs Cooker procured abortion from a quack nurse and died in the process.

She is not alone. Many housewives have died in the course of terminating unwanted pregnancies in Nigeria in the hands of unskilled personnel. So are numerous adolescents. In Nigeria, abortion is illegal but allowed only to save a woman’s life and in some cases of health challenge.

Investigations however revealed that while some couples and singles face the ordeal of unwanted pregnancies, free family planning interventions are available in states and local government areas.

Contraception, or birth control, is the use of different devices, sexual practices, techniques, chemicals, drugs, and/or surgical procedures to purposely try to prevent getting pregnant while having sex.

There are several types of birth control methods that have been officially labeled as contraception—they have been shown to be reliable in preventing conception from taking place. In addition to contraception, birth control is also referred to as family planning, contraceptives, pregnancy prevention, and fertility control.

During investigations of ‘Uptake of Family Planning Commodities by Rural Commodities in Lagos’ recently, it was found that though family planning commodities were available in Eti Osa Local Government in Lagos, their uptake by women in the community was seriously hindered by myths, religious and cultural practices.

For instance, rather than accept these commodities that were provided free and use same, three women who spoke with the New Telegraph HEALTH claimed it was better to keep off the products because of the associated side effects including weight gain especially around stomach areas, irregular bleeding, failure to achieve conception even when the use of the family planning commodities had been discontinued, among others.